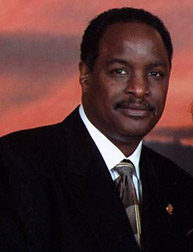 The level of innovation that Mr. Hayden infused into the area of recruitment earned him the Outstanding Employee Award for the City of San Jose.

His contributions included the development of the fire department’s first recruitment program.

He built upon this program to include a comprehensive internship component that yielded many successful recruits who are where hired nationwide.

He continues to conduct this highly effective workshop throughout the nation.

Additionally, Mr. Hayden has participated as an oral board member and proctor for agencies throughout the nation.

With a passion for diversity and recruitment, Mr. Hayden’s experience and leadership roles include the following:

“If these efforts help only one towards a career in the fire service, I did my job”

I encourage you to join our 100% Free Firefighter’s ABCs Online Internship Program.

Please rate Firefighter’s ABCs so we can serve you better.